In May of 1968, my parents Frank and Joann Cerminaro opened a classic "Mom & Pop Tavern" in Simpson, PA. They served the basics: beer, whisky and good food.  Frank was behind the bar, and Joann was in the kitchen. Most of the food served was my mother's family recipes, which we still use today. Frank, who was from Carbondale, was considered an outsider in Simpson. The locals who would come in daily would say to him, "Frank you're a great guy but, will never make it in Simpson."  Little did they know, we would be here for into the next century! As a family we lived above the Tavern for 35 years. This place is infused in our blood.  It's not a job, but a way of life.

Back in the 70's, my parents were open 365 days a year, from the hours of 7:00am to 2:00am and sometimes around the clock. I could remember my father going down the stairs on Christmas Day to open for a few customers. Things were much different back then.  I can remember the men from the railroad would park their locomotives across the street, down on the D&H Tracks around 2:00am and leave it running all night. The train would shake the building on the street for hours. Four or five of those customers would come in and my father would go to bed. Those men would make themselves breakfast, have a few beers, leave money in the register, and by 6:00am they would be back on the train and back to work.

In the spring of 1988, my father was faced with cancer and asked if I could help him for the Summer. Winning his first battle with cancer, he went into remission that winter. The next Spring my mother and father traveled for a few weeks around the country.  I helped out another summer, and from that point on, I never left. Soon my father made me a partner.  We started adding a few more dishes on the menu began to grow.  We had two full time employees, three part time employees, my Father and me.  In May of 1993, my father lost his battle with cancer. We lost a husband, father, business partner and most of all a friend. As anyone can tell you, whether you were a friend, employee or a custumer, he was one hell of a man, and some of us can still fell his presence today. 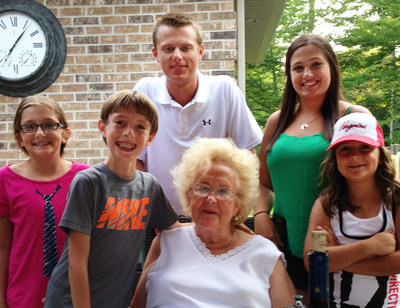 Throughout the years my parents had a lot of blood, sweat and tears in this place to make it what it is today. They taught my brother and me how to deal with many different types of people. What a wonderful and rewarding experience it has been. In 1992 we needed to expand, we decided to double our seating and double the size of our kitchen.  We went from a little "Mom and Pop Tavern" to a "Restaurant & Bar."  Many new dishes were added, from our large salads and pasta dishes to our famous Prime Rib of Beef. A few years later we expanded once again, doubling our seating in the dining room and bar area.

We realize that only because of the loyalty of our customers and their patronage our business has survived the test of time. I personally would like to thank all the patrons (friends), employees and past employees from the family of Frank's Place. Frank's Place would not be where it is at today without the you and our core employees.  Most of them have been with us for many years and have put their heart and soul into this place.

From the bottom of my heart... I want to sincerely thank all of our customers for walking through that door and making Frank's Place what it is today.

Frank "Turk", Chris, & Kelly Cerminaro...
...and we could never forget our mother, Joann